About our Cows – Producing Milk & Pregnancy 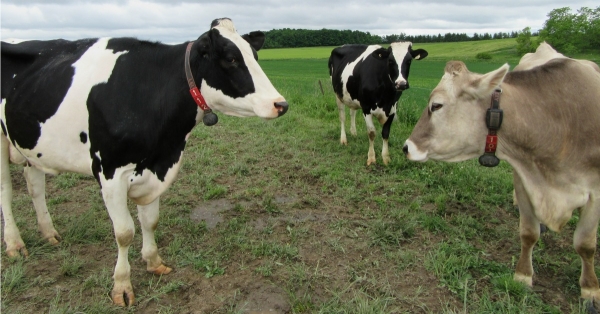 Why do some types of cows produce more milk than others?

Holstein cows typically have black and white colour patterns and on occasion brown and white. They have been developed over many years to be strong milk producers. They also have a good temperament for the handling required to be milked.

Other breeds such as Jersey cows also produce large quantities of milk, but not quite as much as Holsteins. In our milking herd, we generally have 1-3 Jersey cows, with the remaining 67 cows being Holsteins.

Other cattle breeds are suited to meat production. These cattle are not as efficient at producing milk and do not react as well to the additional handling that is involved in being milked.

Why do cows continually produce milk?

Female cows produce milk after giving birth. Approximately once per year a cow will give birth to a calf. As farmers, we time the pregnancies so that the cows are pregnant and give birth throughout the year. This ensures a constant supply of milk from the herd.

At our farm, cows are bred or impregnated two months after giving birth to their last calf. If it is a cows first pregnancy, she will be bred for the first time at 16 months.

A cow can only become pregnant while in heat which happens every 3 weeks once they are 15 months old. When they are in heat it will last for 6-12 hours.

To know when a cow is in heat we watch for visual clues such as an overall increase in activity including jumping, her sniffing other cows, and other cows jumping on her.

The computer in the voluntary milking system also monitors each cows activity levels through the black box on each cows collar. Six hours before they come into heat their rumen (digestion system) slows down and this is noted by the monitoring system. 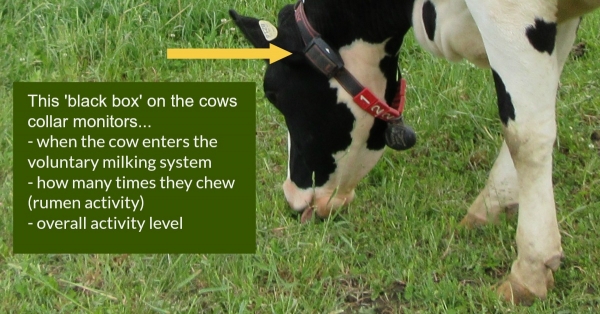 The procedure takes about 10 seconds to complete. Often we move the cows who will be inseminated to a separate pen so that when the technician arrives he knows exactly what cows he will be working with.

No sedatives or anesthetics are used. Typically it takes about 1.7 procedures for a cow to become pregnant.

Did you ever have bulls?

Another option instead of artificial insemination is to have a bull with the herd who would impregnate the cows.

The main reason we do not use this option is because the risk of physical injury to the cows is significant.

A bull will typically attempt to impregnate a cow about 8 to 10 times over a 10 hour time frame. With an 800 pound difference and repeated attempts, the bull can cause physical injuries to the cow.

As Martin likes to emphasize, "it's not a romantic interlude."

Another reason for not using a bull is herd health. Using artificial insemination allows us to use sperm from a variety of bulls increasing genetic diversity within the herd. This increases the overall natural immunity of the herd. 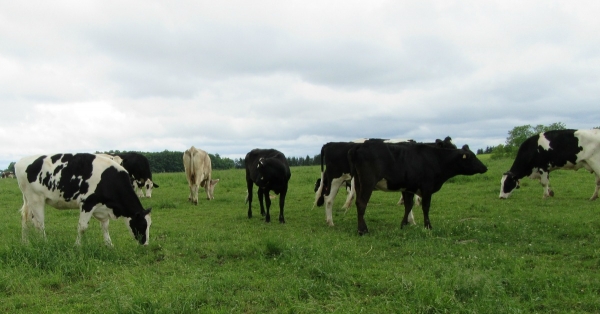 Do you use fertility drugs?

We do not use conventional fertility drugs. Under organic certification, these are prohibited.

Sometimes cows will become cystic, where their eggs will not be released and they stay in permanent heat. In these situations we rely on naturopathic remedies to assist, which we have found work really well.

A cows pregnancy will be 9 months long. During the first 7 months, we continue to milk the cows. In the last 2 months of their pregnancy – their "drying off" time, they are not milked and are kept together with other cows in this stage in a separate area. 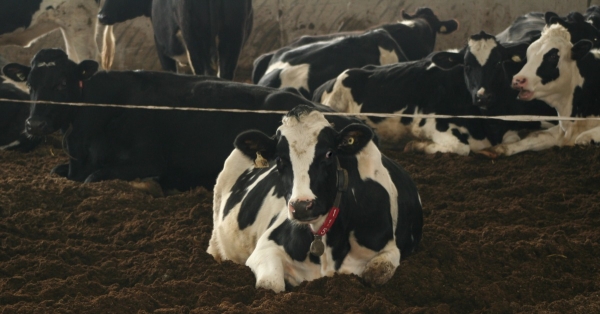 During cooler months the cows are in the main barn and you will see a white rope dividing the area, creating a space at the far end of the barn for these cows that are on 'vacation'.

In summer months, these cows have a designated pasture area.

Separation from the main herd is required to ensure these cows are receiving specific types of feed. During this period their nutritional requirements for minerals, energy and nutrients are completely different. Ignoring these needs can result in health problems such as milk fever and retained placentas.

Other blogs you may find interesting...
Life of a Mapleton's Dairy Cow
What the Cows Eat and Monitoring Nutrition