"The supply of organic soybean seed is getting better, but finding good varieties is a challenge. We're happy to be involved with the project described below. Work like this is very important. Torin is finding better non-GMO varieties and that's what we need."
– Martin de Groot, Mapleton's Organic

Article by Torin Boyle, Masters Student at the University of Guelph working with the soybean breeding program. 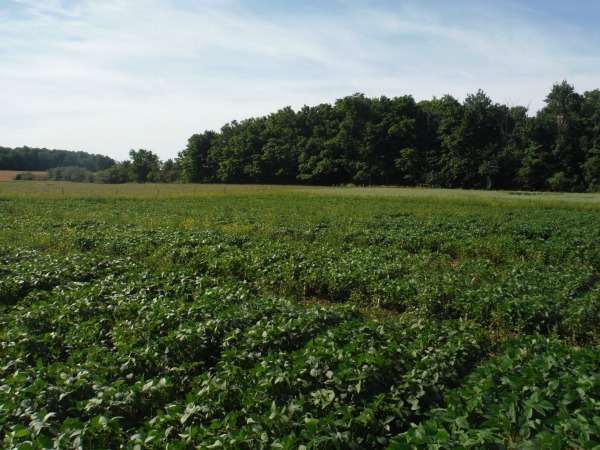 Soybeans are a common field crop in Southern Ontario and around the world for both conventional and organic farmers. High in protein, soybeans are used for livestock feed and consumer products such as soy milk and tofu.

Members of the legume family, soybeans capture nitrogen (a major plant nutrient) from the atmosphere to help them grow. Organic farmers also appreciate that soybeans supply their own nitrogen which is a nutrient harder to come by in organic farming.

Soybeans are also a high yielding and profitable organic crop to grow.

The Importance of Research 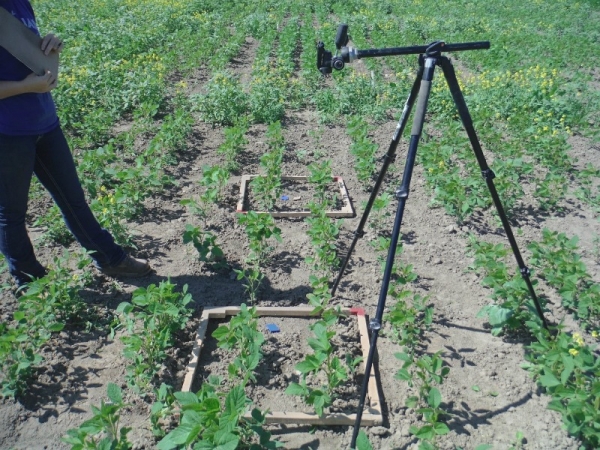 Crop research is extremely important to our continued existence on the planet. As a society we are going to have to produce more food in the coming years while utilizing fewer and more scarce resources.

Organic crop yields do tend to be lower, but not as low as they should be using conventional wisdom. Examining how organic farmers produce similar quantities of food to conventional farmers without utilizing conventional methods can inform the development of a sustainable future agricultural system. 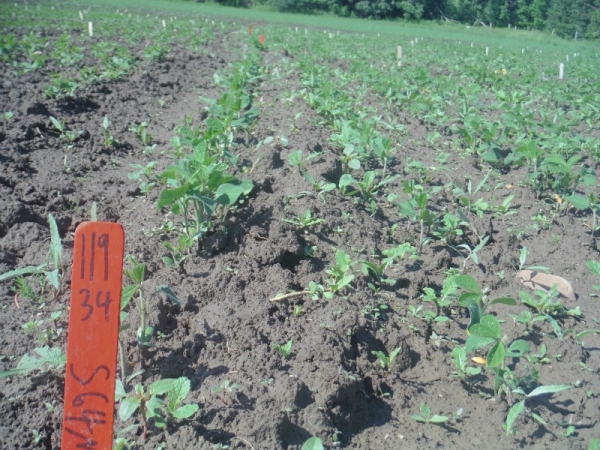 It can take 10 years or more to develop a commercially viable soybean variety. Most varieties are tested and evaluated under conventional agricultural conditions.

Some varieties, although conventional, are non-GMO and could be grown using organic methods to develop organic soybean seed.

However, this project sets out to determine if the original development of soybean varieties means that the soybeans might not be best adapted to organic production systems.

Due to all of the different challenges organic farmers face in comparison to conventional farmers my advisor Dr. Istvan Rajcan and I wanted to find out if soybeans need to be bred specifically for organic production systems.

The Differences Between Organic and Conventional Soybeans

When first conceiving our research project we had to ask: what aspects of the organic method of soybean production were different than the conventional method?

The first major difference is how weeds are handled.

Conventional farmers have a wide range of herbicides to help them manage weeds.

Organic farmers manage weeds by relying on mechanical cultivation between the soybean rows a few times in the early part of the growing season. After cultivation the plants naturally form a dense canopy so they can compete with weeds by shading them out.

Conventional farmers apply Superphosphate and muriate of potash when their soil test values fall below a certain threshold for Phosphorus and Potassium. This often means that these nutrients are easily available and accessible for the plants they are applied to.

Organic farmers add a lot of manure and compost to their field rather than the synthetic fertilizers used by conventional farmers. These materials also provide nutrients to plants but in a slow release method.

What we know is that, on average, the soil test for Phosphorous and potassium levels are lower on organic farms especially after long term use of organic methods (10+ years).

Although this doesn't necessary indicate higher levels of soil organic matter overall, the biologically active fraction contains nutrients which are released as the organic materials are decomposed. These nutrients act like a slow release fertilizer and contribute to plant nutrition. (Unfortunately, they do not show up as being available when using our standard soil tests on Ontario.)

Overall, organic plants make and rely on more complex root systems to access the nutrients in the soil.

A third key difference is that organic farmers have to use longer and more complex rotations in order to manage fertility, weeds and other pests and diseases.

The first set of trials started in spring 2014. A variety trial with 30 soybean varieties was grown on Mapleton's organic farm as well as at a conventional research station in Elora. We wanted to compare the performance of the known varieties to see if they performed differently between the two farming systems.

We measured the crops ability to compete with weeds using photographs of their leaf coverage at different time points in the early growing season.

We also took soil cores later in the season to see how the different varieties developed their root systems. 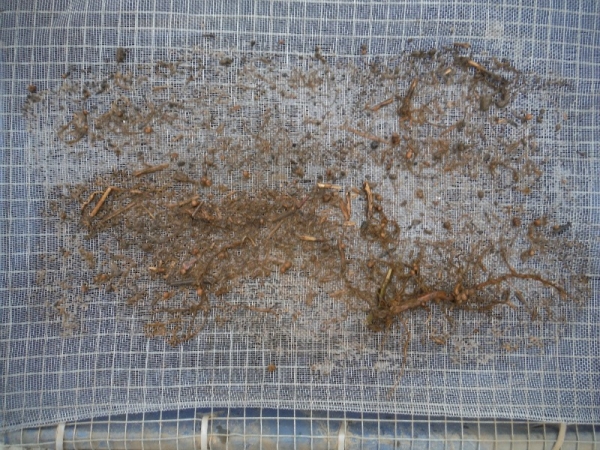 We found that the soybean varieties which had both early canopy development and increased root density yielded higher on Mapleton's organic farm but these traits were not as important for yield at the conventional location.

In addition to the variety trial, we also grew early generation soybean breeding populations in both the conventional and organic location to compare them. As plant breeders we cross two different soybean varieties then evaluate their children (or progeny) to see if they have created better combinations of those two parents. We found that the best performing progeny were not always the same in each of the locations.

As of October 2015, our research continues and we look forward to analyzing more of the results. The project is funded until the end of 2016 with grant support from OMFRA, the Ontario Council of Organics(OCO), Roger Rivest Marketing, and Homestead Organics. I will be graduating from my masters in Spring 2016 when the project will hopefully be carried on by another graduate student.

Author's Note...
As you can imagine a research project such as this requires lots of effort and helping hands. Luckily, it is not hard for me to get help with my project at Mapleton's. Having an ice cream parlour at my research site means I can tempt my fellow graduate students and summer students to come out and help me with weeding more easily. We have also made friends with the farm dog, Bliss, and a few of the barn cats while we eat our lunches on the farm.